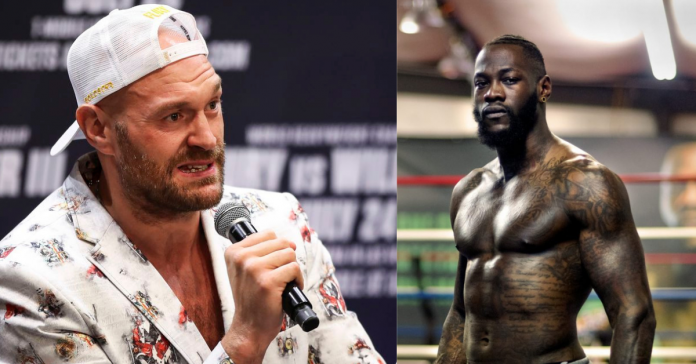 Tyson Fury’s heavyweight clash against Deontay Wilder is expected to be postponed until October due to rumors that the Gypsy King tested positive for Covid-19.  On Thursday afternoon, Fury’s team rushed to dismiss rumors that his trilogy match had been canceled due to a Covid outbreak in the camp.

According to boxing writer Dan Rafael, Fury tested positive for the virus, therefore the match has been rescheduled till October.

Tyson Fury is also believed to be suffering from viral symptoms and has been ruled out of training. Trainer Andy Lee, featherweight Isaac Lowe, and heavyweight Joseph Parker are also believed to have contracted the disease.

Fury is said to have had his first dosage of vaccination but has yet to receive his second. The latest incident came after Top Rank, the Gypsy King’s Las Vegas promoters led by Bob Arum, made the following statement in response to reports of a Covid outbreak: ‘We continue to monitor Tyson and his team’s health, and the event’s status has not altered to date.’

Fury was thought to be unaffected, but recent reports indicate differently. A medical update is scheduled for late Friday.