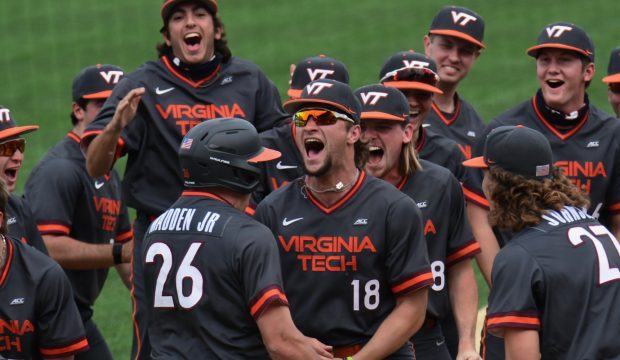 Gavin Cross was greeted as a hero upon his return to Bristol on Thursday, and he ensured that his homecoming was a great success.

Cross hit a grand slam in the top of the 5th inning to highlight a game featuring Team USA’s National Collegiate Baseball Squad at DeVault Stadium. The Stars defeated the Stripes 5-4 in the sixth of 14 games this summer for a group of collegiate baseball’s best players.

Cross played for the Stars, and the Virginia Tech slugger and 2019 Tennessee High graduate hit on a 1-0 slider from College World Series winner Mississippi State’s Jackson Fristoe, resulting in a no-doubter to right-center field that tied the game.

“Honestly, I blacked out,” Cross said. “It was probably the coolest moment I’ll have playing baseball unless I make it to the big leagues. It was really special to do this and a fun night.”

It was possibly the most talent assembled on a ballfield in the city since a series of exhibition games featuring Major League Baseball teams – including the Babe Ruth-led New York Yankees – took place at Tenneva Field in April 1922.

A crowd of 2,319 showed there, and all one had to do was look around to see some familiar faces.