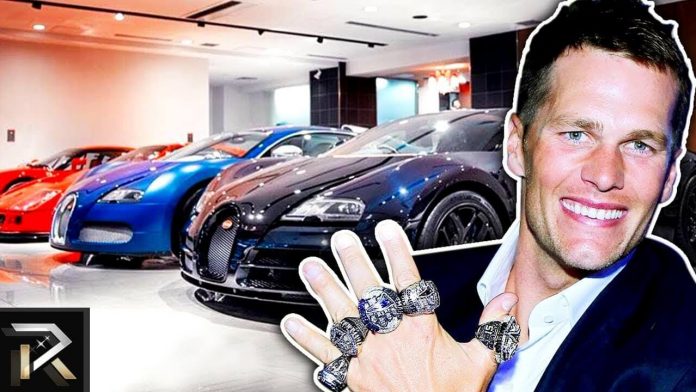 Tom Brady is one of the NFL’s highest-paid players. Brady was taken 199th overall in the sixth round of the 2000 NFL draft by the New England Patriots. Brady spent most of his first NFL season on the bench, earning just over $200,000, but things changed during his second season when he became the team’s main quarterback. This meant multi-million-dollar contracts were signed. In 2009, he married Giselle Bundchen, one of the highest-paid models in the world, resulting in a staggering household fortune. So now we will get to the part on how Tom Brady spends hundreds of millions and where’s a better place to start with a rich male athlete than with his cars.

Brady got a taste of luxury cars after getting a taste of the big money and never looked back. He owns or has owned a Lexus GS worth $57,000, an Audi S5 for $50,000, and a Rolls Royce Ghost worth $400,000. There’s also a DB11 Aston Martin for $200,000, a $165,500 Audi R8, a $230,000 Ferrari M458-t, and a $1.7 million Bugatti Veyron supercar. He has also won numerous vehicles over his career, specifically for being four-time Super Bowl MVP. However, because the gifts aren’t his style, he frequently gives them to his teammates. Brady and Bundchen use their 2011 Land Rover to run errands and transport their children around the city. A separate vehicle for daily life is a must for the rich obviously! When you’re as affluent as Tom Brady and his wife Gisele, you don’t want to fly with regular people and prefer to avoid waiting for flights. This is the point at which you decide to buy your own private airplane. The Gulfstream G550 is a corporate aircraft that travels globally and can carry up to 19 passengers for up to 12 hours without refueling. So obviously this was a must-have.

A superb athlete also requires a healthy food and a simple manner to consume it. Brady and his wife have a personal chef for this reason. We know exactly what Brady and Gisele ate and hence what Tom spent money on thanks to Brady and Gisele’s former personal chef Adam Campbell. Campbell devised a diet for his family that consisted of 80% veggies and nutritious grains and 20% lean proteins. The vegetables were completely organic, however, mushrooms, peppers, and eggplants were not included due to their inflammatory properties. Brown rice, quinoa, and beans made up the majority of the whole grains. When it came to lean meats only grass-fed organic steak, duck, chicken, and wild salmon were used. White sugar, white flour, processed olive oil, and iodized salt were never utilized by Campbell. He cooked with coconut oil and Himalayan pink salt instead of olive oil and iodized salt. Caffeine and dairy were absolutely off-limits to the household. Tom avoided fruits in general, with the exception of bananas and his smoothies. His children consumed a lot of fruits, which were usually in the form of handmade fruit rollups. Campbell was also Brady’s personal shopper. Obviously, all the organic food and replacements of certain types of food meant more money being spent. And it seems like Campbell had a lot on his plate too. While we can’t begin to guess how much Campbell services cost Tom and Giselle, we do know that Tom’s meals alone cost more than $16,000 each year, according to a cookbook he published in 2017. That and the rest of the family’s food including Campbell’s salary only means easily thousands of dollars being spent a year.

Brady’s generosity included a brand new Chevrolet Colorado pickup for Patriots quarterback Malcolm Butler, which Brady won as MVP of Super Bowl 49. Brady’s passion for luxury cars was so well-known that Aston Martin created a series of Tom Brady signature edition convertibles in 2017. There were only twelve made, with a retail price of just under $360,000. Brady, however, did not receive a purchase nor receive one. When it comes to giving, Brady’s present to Malcolm Butler is just the beginning of a massive list.  He’s treated his teammates and family frequently surprising them with pricey and unexpected gifts. He has been an ambassador for the UGG footwear firm for a long time. He has been wearing UGG footwear since he was 13 years old, so when the opportunity to represent the firm arose, he jumped at it. It was with this same pleasure that Brady presented each Patriots player with five pairs of Ugg boots in 2015. Brady would have spent around $35,000 on the costly footwear for 52 colleagues. Brady lavished even more on his colleagues in 2007, when he purchased a $42,500 Audi Q7 SUV for all five members of his offensive line. When NFL teams enjoy a lot of success, the offensive linemen frequently go unrecognized. Tom Brady has been healthy for all but one of his 18 NFL seasons, and he does not treat his offensive linemen like they don’t matter so Tom Brady gave them this as a token of his gratitude. Imagine being one of Brady’s friends.

We mustn’t discuss Brady’s gifts without mentioning his wife, of course. His life partner and the mother of his kids would obviously receive so much more in comparison.  We have no idea how much money Tom has lavished on Gisele and vice versa, but judging by her engagement ring, it’s a lot. Tom reportedly spent $145,000 on a diamond ring for his bride-to-be in 2008. What a gentleman he is!

We’re all a little more excited to hear about the multimillion-dollar purchases. Of course, this could only mean big houses. Brady has purchased a number of mansions, the most prominent of which is the $11.75 million Los Angeles Mansion he completed in 2008 which cost an additional $20 million for renovation. The home had to be perfect for the couple and their families. Two wings, eight bedrooms, nine bathrooms, a six-car garage, elevator, wine cellar, weight room, waterfall, pond, and a lagoon pool with spa make up the 22,000-square-foot estate. Tom and Gisele sold their property to none other than Dr. Dre in 2014. He spent $40 million on the Brady house. Kind of odd selling a house that took 3 years to be completed and then selling it after living in it for 3 years only.

Tom Brady and his wife Gisele paid $11.7 million for a condo at One Madison Park in New York City’s Flatiron District in 2013. The Empire State Building and Manhattan skyline are visible from the four-bedroom space. The space, which has 3,300 square feet of space, floor-to-ceiling windows, and an elevator, was created by architect Peter Marino. The property is ideal for Gisele to conduct all of her business in what is known as the world’s cultural, financial, media, and entertainment capital. The apartment was only occupied by Tom Brady and Gisele for three years before it was put back on the market. The Bradys were located on the 47th level of the Manhattan building.

Tom’s collection also includes the one where he and his family have spent the most time. Tom spent $4,500,000 on a 5-acre lot in Brookline, Massachusetts, where he erected a custom-designed 14,317-square-foot residence. The Patriots practice stadium is merely a 30-minute drive from the five-bedroom, four-bathroom home. The Brookline mansion is slightly smaller than the California mansion. His and her walk-in closets, staff quarters, wine store, library, sunroom, and gym are all included in the 14,000-square-foot estate.

The most opulent of Brady’s residences are in NYC’s Tribeca neighborhood. Tom and Giselle paid $30 million for the luxurious condo, which is unlike anything else they’ve ever seen. Several celebrities, including Justin Timberlake, Jessica Biel, Jennifer Lawrence, and Jake Gyllenhaal, have condos in the Tribeca district. Unless he’s on the road playing for the New York Jets, which he owns without spending any money on, Tom Brady doesn’t spend much time in New York during the season. Their 5000 square foot property includes an additional 2000 square feet of the outdoor area and is famed for its privacy, which includes a paparazzi group automated garage, which is why the apartment has been marketed as a celebrity haven. A dining room, billiards room, café, children’s playroom, and 8000 square feet of health and exercise facilities, including an 82-foot pool, are all included within the striking structure. Brady’s condo sits on the 12th floor, and it’s rumored that he chose this floor to match his jersey number.

Vacations are another way for celebrities to spend money. Brady and his family have gone to a variety of exotic locations, including several in the last few years. Tom and Giseles’ favorite vacation spot in Costa Rica. Brady supposedly proposed to Gisele in Costa Rica which is why it’s their favorite destination. We can’t talk about tropical destinations without mentioning the Bahamas. Tom and his family visited the Caribbean paradise in November 2017 and fell in love with it so much that they came again in March 2018. In April 2018, the family traveled to Qatar, where they rode camels on the beach and visited US Soldiers. They’ve also visited Monaco and Italy in recent years, the latter of which was during Brady’s Deflategate suspension, but Giselle’s home country of Brazil is arguably their favorite of all their vacation spots. The family has spent a lot of time in Brazil and has explored the nation extensively, including the Amazon rainforest. One of Giselle’s key humanitarian concerns is to protect the Amazon.

Despite Tom’s support for his wife’s rainforest activism, he is also interested in other charitable causes. Brady owns the charity, the “Change The World” foundation. Brady’s charitable contributions have also gone to hurricane relief. In 2017 he donated $100,000 to fellow NFL star JJ Watts Relief Fund after Hurricane Harvey devastated Southeast Texas. 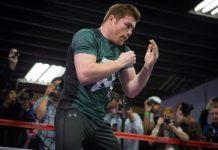