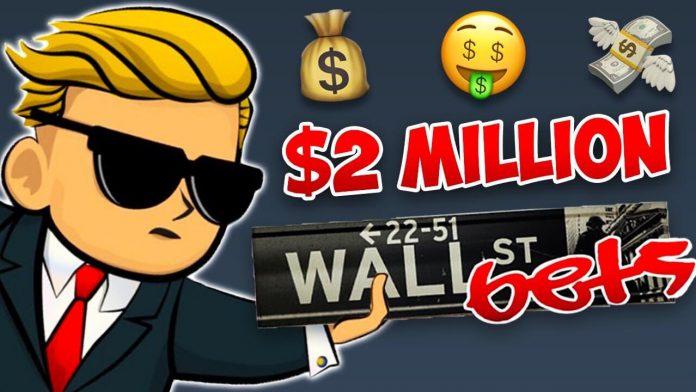 Make sure to read until the end because you can definitely apply some things from this article that will enhance your life or business!

Our first user is Xx_LearJetMeigs_xX. He posted his Robin Hood account video, which demonstrates his income growing from $4,000 to $42,000 in May 2020. Before the rise of Facebook, he purchased 12th June out of the money calls. He kept on going with 16th June calls, which was rolled over to 17th July. At that time, the Facebook stock started to rise. He cashed out on 26th May, and his portfolio was now $ 42,653.14. Increase of $ 38,000 within the start of May 2020. He thinks that there is still room for Facebook and is planning to get back in for a run of $262. Our heartiest congrats on your Facebook gains.

Our next user is tommy1010. He posted a screenshot of his Robin Hood account of his gains of $65,248. A rise of 180% within a month. He put all of his investment on Draft kings Inc. He purchased several $30 & $35 calls along with 15-50 shares. He was lucky that Draft kings made an impressive run-up, reaching $43, and the stock prices doubled. Although he has earned $65,000, he is holding his position and is not cashing out. Without a doubt, he is a big fan of Draft Kings. He is expecting that the prices will shoot to $50 soon, so he is firmly holding it as there is still some cushion for rising due to lockdown, which is bringing the sports into the limelight. He is investing whatever he can in the Draft Kings game. Best of luck, tommy1010, with your future trades.

Our next user is socialist_baby. He posted his Robin Hood screenshot showing a loss of $62,058 on Roku calls. He purchased 382 Roku call contracts with expiry on 29th May 2020. Its break-even price was $131.86. He was unfortunate that Roku stocks showed a dipping position during the past month around $110. He instantly learned the lesson that Roku makes your broku. But he didn’t learn from his mistake and was investing his $70,000 in Roku for 29th January 2021 in the money calls. Best of luck with your comeback.

Our next user is IKnowTheCodings. He showed a screenshot of his 4-year account gains of over $2.180 million. He started his trading with $100,000 with a big investment in Greatland Gold, Wabash National Corporation, AMD & Norwegian Cruise line holdings. By WallStreetBets, he got the idea to invest in AMD, which he purchased at $11. 58 on average. He currently holds 20,000 shares in AMD and a large position in Norwegian Cruise line holdings. IKnowTheCodings is in mid-30 and is still doing a day job despite having a good income. He is planning to hold Norwegian Cruise line shares for a longer period maybe one or two years until it makes a recovery, and then he will retire. He has given tips to Wall Street users to limit their number of positions. Do not chase, revenge or Fear of missing out. He says it’s not necessary that a tactic that will be beneficial in one game may be applied same again. Big applause on your 4 years of gains. Best of luck with your future trades.

Our next user is SIR_JACK _A_lot. He showed his screenshot in response to IKnowTheCodings that how he earned 20x within 3 months with a portfolio of $ 761,266.54. He started his play with $40,000 in Alpha Pro Tech, Slack Technologies, Co-Diagnostics, and Norwegian Cruise Line holdings again. He believes he is a momentum trader and looks for opportunity in dips and sensing fear of missing out, he gets out before the rug gets pulled. Always all in one stock and prays for his luck. It goes on through the day with Norwegian Cruise Line Holdings 42,410 shares. He said he invested so much in Norwegian Cruise Line Holdings without investing another cruise line because Norwegian Cruise has the smallest fleet to redeploy. In his opinion, Cruises are much safer than airlines as Cruise take people for vacation while airplane has so much role to play. WallStreetBets users encourage him to diversify his investment as he is lucky until now but has to change his strategy. Sir Jack thinks that he is optimistic about the Norwegian Cruise line till now and will shift if the time is over. After that, he will go into GLD and, after that, in boring ETFs. Our heartiest congratulations on your 20x gains and your Norwegian Cruise Line holdings.

Our next one is gordsnipes. He showed the Robin Hood screenshot of his losses of $38,276 on Casper shares. Casper Sleep Inc. is an e-commerce company selling sleep products and mattresses online and also in retail areas. He said he purchased $52,000 shares on the company after seeing its cool and appealing advertisement on Instagram. He invested the day after the IPO at $ 14, which has put his investment dipping down. He then sold them at $4, a loss of $10 per share. He was unlucky once again as the Casper shares started to gain momentum and have reached $7, and he had nothing to sell. He is very angry with Casper and said whenever he sees its advertisement, he just wants to break the TV. We hope you get a good return in your future trades, gordsnipes.

Our next user is papasny. He has shown his screenshots wherein he made the investment in Penn National Gaming Inc. Penn National Gaming which operates 43 casinos and provide race track facility in US & Canada. The company also has a 36% stake in Barstool Sports. On 02nd April, when shares of Penn National fall to $9.21, papasny purchased them on a $30-40 Contract with the expiry of 15th January 2021.  He was lucky as the share has increased in May to $30. This has made an insane gain of 2,222.89%, amounting to $13,493. Some users have suggested him to sell them, but he was thinking to further hold it for 5 months—congratulation on your gains on Penn Games, papasny.

The next user is youreverydayjoe. He posted a screenshot of his Robin Hood account with a gain of $12,000 on BJ’s Wholesale Club Holdings Inc. calls. Youreverydayjoe purchased 100 contracts of BJ’s expiring on 19th June with a break-even price of $40.47. Fortunately, Joe was lucky as BJ’s Wholesale stocks surged to over 20% in the first quarter. He then decided to try his luck again in another stock a week later. He posted his screenshot showing a gain of $15,000 with Zscaler Inc. calls. He purchased 100 Zscaler Inc. call contracts expiring on 15th June 2020, with a break-even price of $100.75. He became lucky as the price hit $110 after the report of Zscaler beating third-quarter earnings and revenue estimates. The gain resulted in a 200% rise in calls he purchased. His continuous success made WallStreetBets users wonder what his next move will be. He said he does not like to play earnings as it’s like gambling. Now he is holding Mongodb Inc. & Elastic NV and has decided to sell them before their earnings reports. Congratulation on your double gains, and we hope the same for the others.

Our next user is WSBsavant. He posted his Robin Hood screenshot, which showed his loss of $17,338.35, and now has a nil portfolio, a 100% decline at all time. WSBsavant put his money on Spy puts, which also sent him down with a $3 balance. He decided to withdraw that money. He has a debt of $40,000 as a student loan but at least no Robin Hood debt at his end. We hope you best of lucks if you ever decided to trade again.

Our last user is torrentialtacos. He showed his Robin Hood screenshot showing gains of $32,710, which is 367.12% on his Dollar Tree calls. On 18th & 20th May, before the earnings report of Dollar Tree released, he purchased 22 contracts expiring on 12th June, having a strike price of $79.50 & $ 78.00. Fortunately, Dollar Tree posted a report showing much better results than the expectation, resulting in rising of stock to almost $100 mark on 28th May.  He was able to secure his tendies after selling them at around 10 AM that day. Congratulation on your Dollar Tree gains, torrentialtacos.

Also, stay tuned with us for more information on Stock Market. 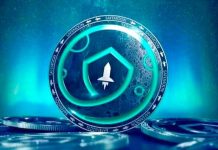 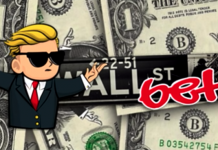 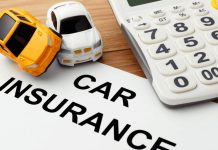 Everything You Need to Know About Car Insurance